We have compiled a list of single mother fertility journey books that have been recommended to us by women who have read them and been through the journey. Hopefully, they help you on your journey. 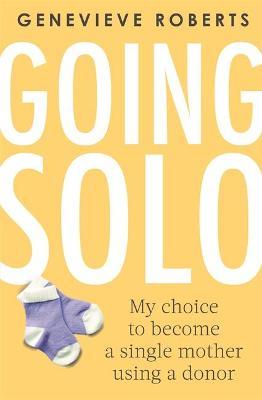 Going Solo : My choice to become a single mother using a donor

GOING SOLO is the empowering and uplifting story of one woman’s choice to become a single mother. ‘I hope this story gives hope to anyone who wants children and to anyone who finds themselves single. Not to follow this path necessarily, but to remember that there are always many options.’

Aged thirty-seven, single, and having experienced two miscarriages, Genevieve Roberts found out that her fertility levels were dwindling. On hearing this news, she made the courageous decision to embark on motherhood solo and eventually became pregnant using a sperm donor.

GOING SOLO is for anyone whose life has taken an unexpected twist; for people who are interested in modern families and for those who want to take control of their life and follow their dreams of parenthood. It celebrates the fulfillment that comes from following what makes you happy and reminds us that beauty may be found when life offers a surprise or a deviation from convention. BUY NOW $24.85 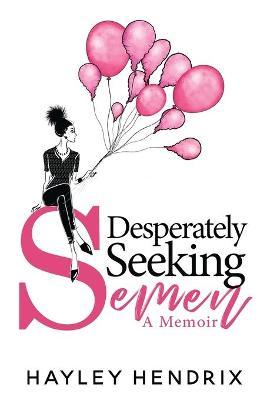 Flying high at thirty thousand feet in the air, all Hayley could think about was how she needed thirty thousand tails injected into her, she was on her way to Melbourne to meet Mr Stork her sperm donor. This trip was a stark contrast, or should I say, a stork contrast, from her plane ride back to Australia after she broke up with Ian. He was the guy that held onto her during her rapidly depreciating final fertile years. He was the one who was supposed to put a ring on it. Instead, he gifted her the middle finger as she rolled towards middle age.

This is when she completely came undone. She had been living in Los Angeles feeding her entrepreneurial spirit with grandiose thoughts and a lifestyle vision that was so sweet even Michelin Star chefs wanted to taste it. Completely absorbed in her Hollywood bubble, she failed to acknowledge the looming biological deadline creeping up on her.

Approaching 40, she knew the hands of her biological clock were ticking. So she set off on a quest to have a baby solo. But when three IUI’s failed her and she was labeled medically infertile, she got creative to find another solution. Dr Google helped her stumble onto the IVF underbelly – The Internet-known donor factory. It didn’t take long for her to hook, Mr Stork, a fellow middle-aged man whose uberous sperm could impregnate a nation. BUY NOW $26.97

Shopping Cart
Cookies on Our Site
To provide the best site experience, we use technology like cookies to store and/or access device information. Consenting to this will allow us to process data such as your browsing behaviour on this site. Not consenting or withdrawing consent, may adversely affect certain features and functions.